Biden, Warren, and Sanders Lead the Democratic Primary in California 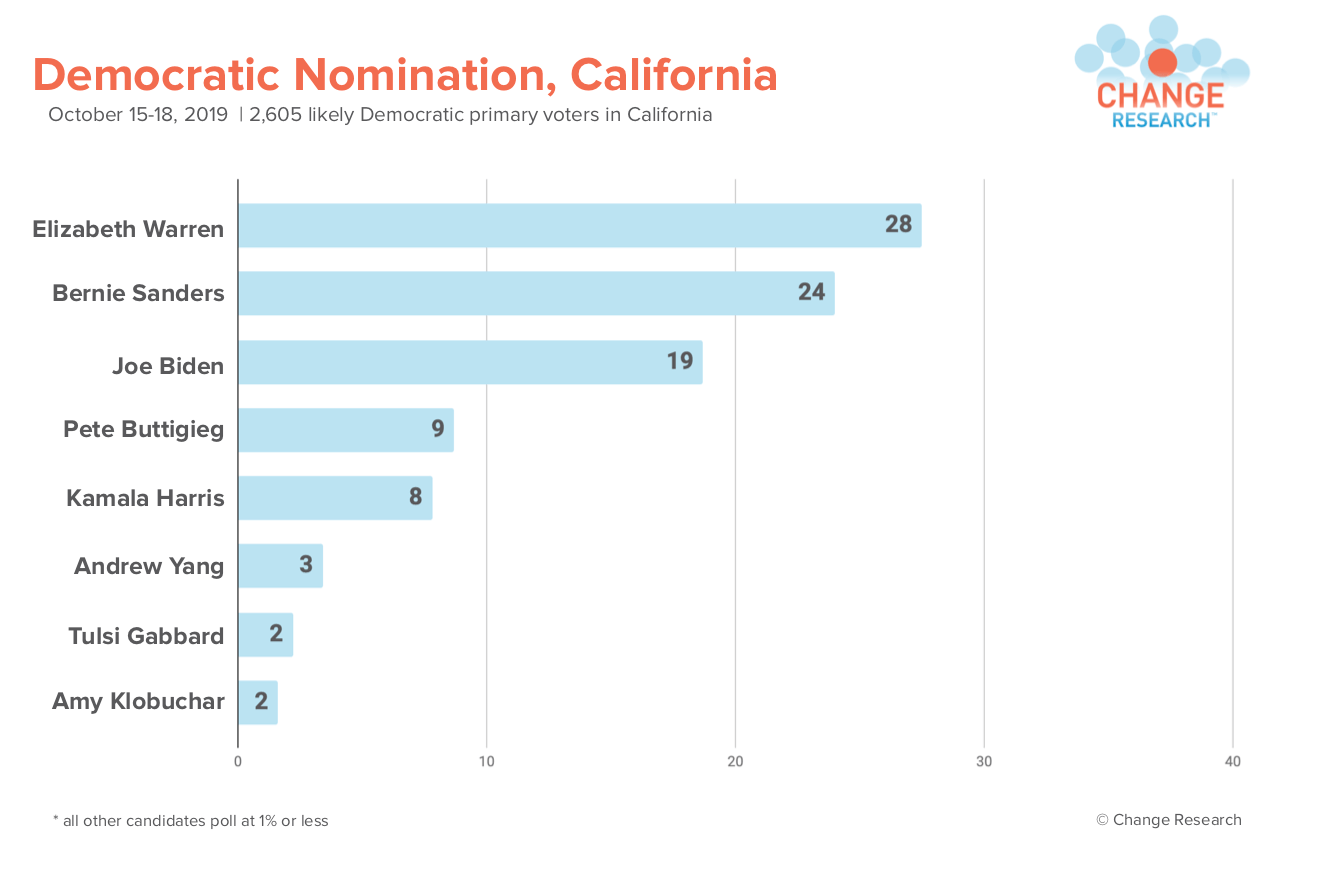 Change Research has polled the Democratic horse race in California five times since April. Warren has continued to rise in California, while Biden has stayed relatively steady, with a slight increase, since July. California Senator Kamala Harris has dropped 15 points since July.